Finding Photography; The Back Story

How I found photography

It was the 90’s. I dressed myself in ill-fitting clothing and spent long hours in the art hall, away from the masses.  My art teacher, Sonny Bartlett, was a jack of all trades. He let his advanced students choose which medium they wanted to pursue.

For me, it was always, printing in the darkroom or shooting with the pinhole camera I’d built in ‘Art Class 101’.

I fell in love with photography in the high school darkroom

t was magic, at first, watching the images appear only moments after slipping under the surface of the developer.  It was divine.  I’d watch the seconds tick but time was easily lost in the silence of the red light.  It was obvious I needed to find a way to spend all my time perfecting this craft.  I was in love.

Following this pursuit, I attended The Savannah College of Art & Design.

It was here I learned how to see & think about my composition before taking my shot.  Film was precious and mistakes were costly. I spent those years learning how to compose & wait for ‘the decisive moment’ but most time was spent watching & waiting. We were taught to shoot ‘full frame in camera’ and cropping was only for those who’d already mastered the craft.

At the time, digital cameras were far from what’s available today.  We were shooting with $15,000 digital film backs that attached to your medium format camera.  The camera was attached to a computer.  You can imagine this doesn’t lend itself to much spontaneity.

When shooting my 35mm film camera, film required scanned (again with a fancy expensive scanner that I could never personally afford).  Photoshop skills were introduced, but very simple in comparison to what Photoshop in now!

I believe creating everything possible IN CAMERA.

Photoshop shouldn’t be an excuse for bad photography; yet a tool for enhancing what was already there.   Digital imaging allows me to think beyond my initial frame.

This influences the artist I am today.  Afterall, I wanted that Fine Art degree for a reason; I learned to obey the rules before I began breaking them.  Learning first how to see through my lens, composing the shot fully before releasing the shutter.

I believe in the craft & art of photography… not the luck of ‘over-shooting’.  After all, what fun would that be??

The true treasure of your
portrait session is the creation of stunning, custom art works for your home & life 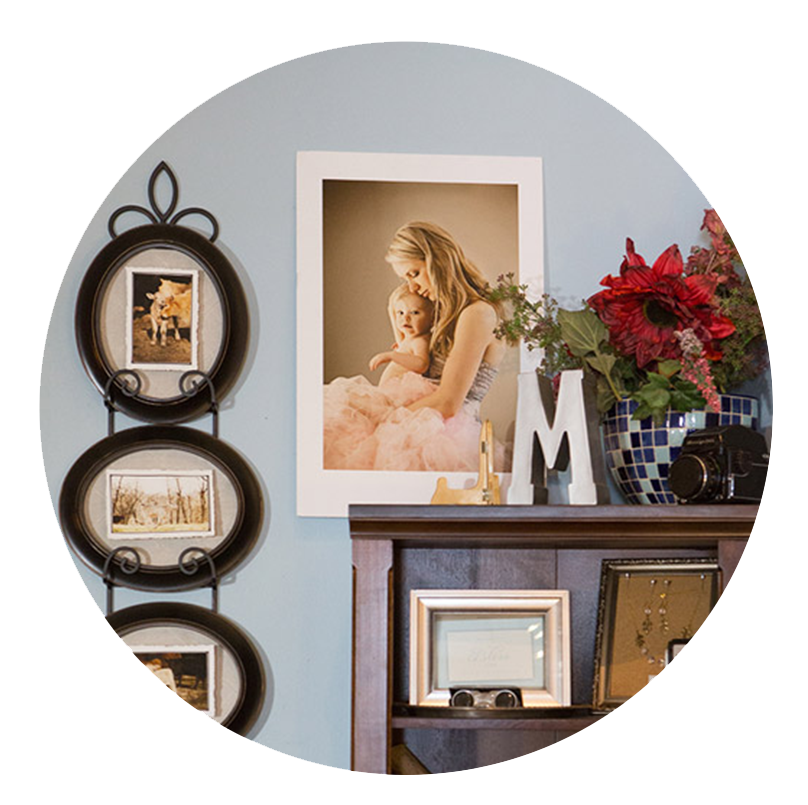 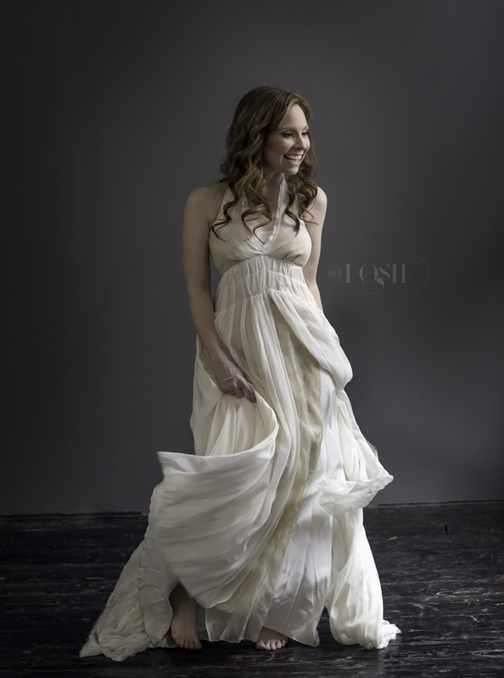